Every complex research problem is usually investigated be different research groups in different contexts. Typically, a single research group is specialised in one or only a few types of behavioural phenomena. Thus, data and methods integration becomes a crucial and important challenge. We propose that progress in the investigations of stable neuroarchitectural characteristics generating conscious experience requires broad discussion and knowledge exchange between different groups involved in consciousness studies. The working plan describes the interrelations between seven working groups (WGs) involved in project realisation (see also PERT chart below). Two of the WGs will focus on the technical analyses of the consciousness studies results, namely mapping of neuroarchitecture and statistical analyses of the data. Three WGs will aim to discuss the mechanisms of consciousness related to a specific areas of consciousness studies, namely broadly defined perception, metacognition, learning and memory, preparing diagnostical behavioural protocols to be used in large scale neuuroarchitectural studies and linked with different kind of brain data. The data collection for this is conducted by the 7th WG. Finally, WG6 will focus on disorders of consciousness.

The aim of both WGs 1 and 2 is to set a standardised list of methods imaging and statistical methods that should be applied in studies investigating broad neuroarchitectural characteristics of consciousness. Both lists will be formed based on the consensus in the discussions including research groups investigating different aspects of consciousness experience (WGs 3–6) as well as researchers developing imaging and statistical methods (WGs 1-2) and the large-scale data collection WG (WG7). Thus, the milestones and the research deliverables of WGs 1 and 2 will bridge the work of neuroscientist, psychologists, engineers and statisticians and allow to progress on a general goal of the Action: Development of a neuroarchitectural model of consciousness. 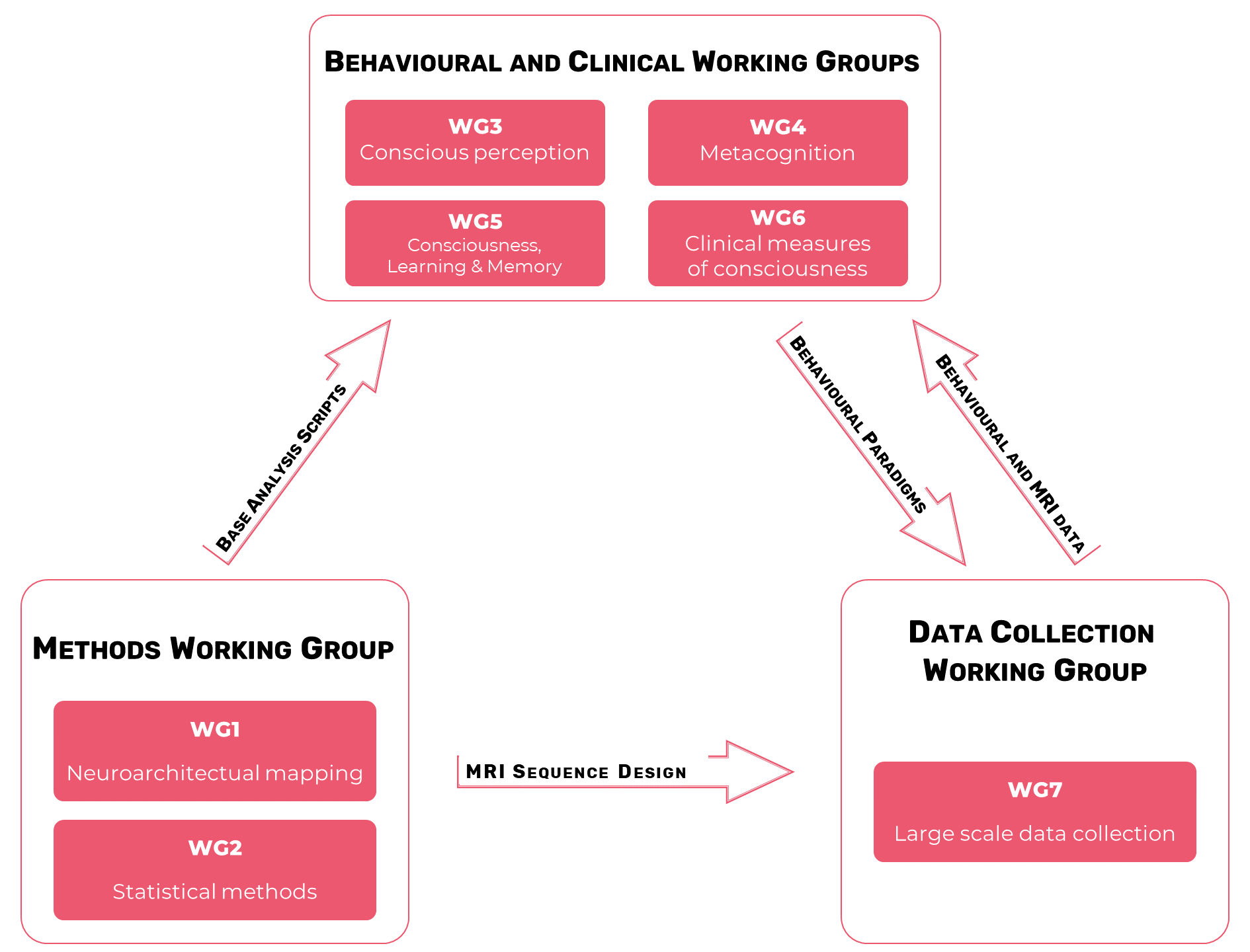